Like it or not the cost of the food on your plate is going to go up in the coming months. Some would say that the price of our food has been too low for too long. Every week, we are getting emails telling us that certain foodstuffs are increasing in price. Salmon, tuna, chocolate, vanilla – all going up, some by quite large margins. Coffee and tea increases could be in the offing.

You may have noticed that in recent weeks the value of the pound has plummeted against other currencies. That might not mean a lot to you when experts talk about financial markets and the like but when it directly hits the price of food, the price of holidays and the price of other goods, it may be time to sit up and notice.

• Cream and butter are nearly double the price they were this time last year
• Cheese has gone up 50%
• Raw sugar prices have doubled in the last 12 months
• Other foods have either increased or are forecast to increase
• This year’s wheat harvest has been modest. Expect increases in flour prices next year
• Belgium was hit by bad weather reducing the availability of vegetables in Europe

This could be a disaster for small businesses. Margins tend to be tight. Large concerns can often absorb cost increases but small businesses can’t. You’re faced with very difficult decisions. Increases in wage costs and in fuel have also made running a small business a tricky affair over the last few months.

Financial problems were always going to happen once the UK had voted for Brexit. It was inevitable. It doesn’t matter if the markets recover in a few months or if the long term future is bright. At the moment, it’s not looking good. Those increases in costs will result in increases in prices as sure as night follows day.

So if you’re running a family budget, you’re going to have to work a lot harder to make your pound go further. You’re going to have to shop around, trying new things and looking for cheaper ways of doing things. However, nothing surpasses the inventiveness of the British family when squeezed hard. A look back in history shows how clever we can be. Our ability to make do and mend has been legendary.

So instead of buying expensive cuts of beef, try shin or cheek and cook it for longer. Throw it in a pot with a good selection of vegetables and herbs and pour in some stock, wine or beer. It will taste delicious with the added benefit of filling the house with aromas while it cooks. Go veggie two nights a week. Buy rice and pasta in bulk. Think about growing your own herbs and vegetables. Cut out processed food altogether. Have confidence in your own cooking. It won’t be easy and might mean we have to make a few changes but we can do it. We need to.

Let’s hope for a bit of stability in the financial markets and the steady recovery of the pound. I’ve no idea how this is all going to pan out. I’m not sure anyone does. In the meantime, we’re going to have to come up with a few ideas to make things go further. Be creative. You can do it. 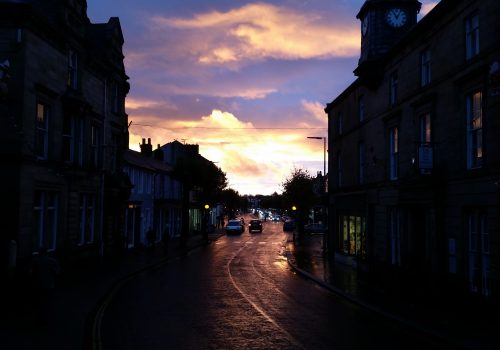