When you work in the hospitality business, you spend a lot of time talking to people. You normally meet them when they are out relaxing, taking it easy after a hard day at school or work. People chill in so many ways and going to a concert is one of them. It should be a time when people are enjoying themselves. It shouldn’t be a time of death and destruction.

The sad events of the bombing in Manchester have been a huge tragedy. It follows on from similar awful and despicable attacks over the last few years across the world. They are senseless and mind numbing. We’ve seen it in Paris and Brussels, in Nice and Berlin. We see it virtually daily in Afghanistan and Syria. After the shock and the sadness, there is always a sense of ‘what can we do to stop this?’

The way we respond to this shows us in our true light. Anger is normal. A sense that we need justice is also quite a natural reaction. But if we become hate-filled and turn on those in our society who are innocent of any crime, then the terrorists have won. They thrive on an uncontrolled and unthinking response. To rise above it, to be open to others and to be warm and welcoming as a nation and as individuals – that is what makes us great. We saw many examples of this in Manchester the other day.

It could be said that another bomb created modern Manchester. The IRA bomb of 1996 destroyed a large part of the old Arndale Centre. Yet rather than despairing, Manchester didn’t dwell in self-pity but responded with an energy and enthusiasm that has created the modern, dynamic city that we know today. Good always triumphs over evil. It does. It just may take some time.

There will, undoubtedly, be events like the Manchester bombing again. We live in that kind of world, where just one person, with the will and the ability, can wreak untold damage on those around them. It will happen again, as sure as night follows day.

(A shorter version of this article appeared in the Times and Star). 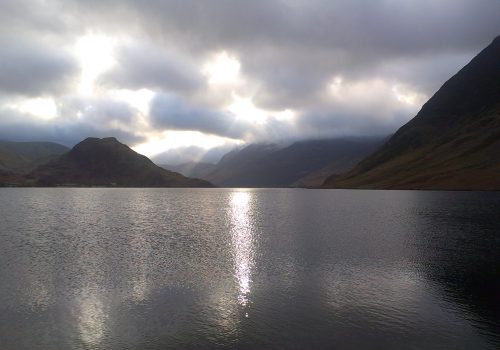